Okay, we'll start with... mine is going to be very wacky, probably alot of errors, and all sorts of crap. I don't check my work before I submit, I just don't have the patience. I will use alot of ...s I'm in love with them for some reason.

Now that the warnings and introduction to my poor writing is over, on with the show.

The first would have to be Akshay Kumar. He just makes me laugh, I think he pulls his roles off really well. His deep voice reminds me of the lemur or whatever on Madagascar. I hope that it's not offensive, lol. He also has a really nice smile, not that I am smitten with him. I think I've seen the most movies with him in it, saw my first Bollywood in theaters (Tees Maar Khan). He's just so loveable I suppose, lol. 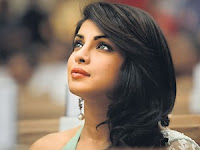 Priyanka Chopra. She's beautiful and somewhat reminds me of my mom, and that's not a bad thing. She's very pretty, and I think she does a really good job acting. Her performance in Fashion was really good, she seemed to play the role of shy, softspoken, and naive (to the fashion world) to a strong, outspoken, and kind of egotistical, was really smooth.

Katrina Kaif would be my second. She's just spazzy, lol, at least I think so. She's really pretty and seems like a go getter, lol. First movie I saw with her in it would be Humko Deewana Kar Gaye. She wasn't really spazzy there, but free spirited. Tees Maar Khan would be where she was spazzy. However, I still like her. Beautiful and simple. : ] 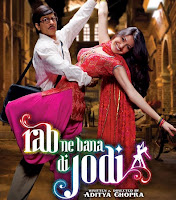 Rab Ne Bana De Jodi. I know I don't talk much about Shahrukh Khan, or Anushka Sharma (who was close to being in my favorites list), but this movie was just sensational. Seriously, it didn't drag too long, it was funny, and it really made me wonder how they were going to spring it back. The part I didn't like was the sumo wrestler; I just didn't like the image of that, lol. But even though I don't care for Shahrukh Khan, he is so stinking adorable as a geek, which I wouldn't mind if that was a permanent look :P : ] lol. Surinder is just so sweet to Taani (partner) I think it was what was best for her, which really showed his love for her. I cannot rave about this movie enough, sorry : ] lol.

I also love Humko Deewana Kar Gaye, sooooo funnyyyy. It is, though, like Notting Hill with Julia Roberts. But all the same funny, and good. Hmm, I Hate Luv Storys, that was my favorite until I watched Rab Ne Bana Di Jodi, lol. What's another Bollywood I liked? Dostana was pretty good, I get Desi Girl stuck in my head after the second time I watched it, lol. Bollywood/Hollywood was hilarious, and a 'What the Crap?!' movie, lol. Welcome was like Mickey blue Eyes, though I kept wavering back and forth about whether it was or not, until the killing scene, lol. Fashion was really interesting, not what I expected what-so-ever. It just really shocked me, but I would think had a good take on things of the sort. As a stick in the mud, I would have to say I did not like Dilwale Dulhania Le Jayenge, sorry just not any pizazz, you know? I really can't remember more movies I like, but I know you'll hear of them sooner or later : ] .

I hope I didn't roll around too much for you, just a piece of everything.
Happy Reading : ]