Well. For starters, let me just say that I'm not going to be as good of a writer as the Mighty Mango, just so you know. Also, I'm not really sure how to navigate this thing really well yet (hence my thing won't be as pretty or well-organized as the Mighty Mango's) so if I do something dumb you'll just have to forgive me.


OK. To start off, let me just say this: I do not feel like I've seen enough Hindi films/heroes/heroines to choose definite favorites. Even though I've seen a lot, there's much more to be seen, and there always will be much more to be seen. There are also films I've seen that has someone in it that I'd like to see more of or I haven't seen enough of that hero/heroine to make a fair judgment on them. That being said, my "favorites" will keep changing.


Hmm. Good question. Well, a favorite, would, most certainly, have to be Shah Ru

kh Khan, of course. Unlike the Mighty Mango, he was not (technically) my first Bollywood hero. However, he was one of my firsts, and I watched two of his movies back-to-back (K3G and K2H2), and decided I love him. That was just cemented when I saw Rab Ne Bana Di Jodi and DDLJ. And he was incredibly cute and rather convincing in My Name is Khan. At first, I struggled with his face not being particularly attractive to me, but I got over it and fell in love with his overall charm. Yeah. 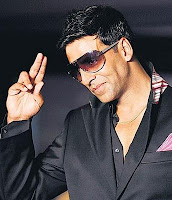 Another favorite would have to be Akshay Kumar. He's just so freaking funny to me. I think Tees Maar Khan was the first movie I saw with him in it (I know, crazy, right?). A lot of people said that movie was horrible, and while it was incredibly bizarre, I thought it was funny, and it made me interested in seeing more Akki. And while I roll my eyes sometimes at his "oh yeah, I'm hot" attitude, I still love him and he makes me laugh.

Now, from the... err, "younger" or "newer" generation, I guess you'd say, I have a few favorites. But for some reason my brain classifies them as different from my aforementioned favorites. First, Imran Khan. I'm not sure why I love Imran, but he's so cute and I just want to pinch his cheeks. lol that sounds kinda weird but whatever. Also I really like Shahid Kapoor. Whoo, he's not bad to watch at all ;).


There's a few others that I wouldn't call favorites but I would certainly like to see more of so that I can form a better opinion, such as Aamir Khan, Salman Khan, Hrithik Roshan, Abhishek Bachchan, John Abraham, and Ranbir Kapoor. And there's a bunch that I haven't seen any movies that they're in but have heard great things about that I'd like to see.

Yes, well. Just like my heroes, I think I have multiple heroines. But first, of course, I have Kajol. Now, don't get me wrong, this isn't just because I love SRK. She can totally stand on her own. However, I do love her with him; pretty much all of their films are favorites. But I love her because she's just so, like... fun, I guess. She's goofy but gorgeous, zany but lovely. It surprised me how she could go from being somewhat spazzy in K2H2 and K3G to being a serious, protective, and jealous mom in We Are Family and a sheltered blind girl in Fanaa. I just really like her.

Secondly, I like Rani Mukherjee. I think she's absolutely beautiful (*jealousss* :P). Besides that, I don't know. I just really like her. She's funny. And her performance in Dil Bole Hadippa! says to me that she's not really afraid to be un-pretty, seeing as how she's playing a man (even though it didn't really work. I mean, c'mon, she was still pretty). OH, and in K2H2 also because in the dying scene she's not wearing any makeup. I still like her in K2H2 even though she's sort of "the other woman."


I'll just make passing mentions of some others. I like Priyanka Chopra, I think. I'm trying to form a more complete opinion on her, trying to step back and make myself say "OK. WHY do you like her? Form an actual opinion." So I'll let you know on that one. Another is Kareena Kapoor. Hmm, I'm trying to go back through my brain's archives and dig out some thoughts on her. I think most of the movies I've seen her in she's played more secondary roles, so maybe that's why I don't have many thoughts on that. However I did enjoy her performance in We Are Family, trying to cope with being viewed as "the other woman" and cope with being young and being left with 3 kids. Another person was Katrina Kaif. I'm not really sure about her. I love her with Akki, but the only thing I've seen her in sans-Akki is New York, which I watched too long ago to even remember her performance. So, with Akki, yes; without Akki... mmm, the jury's still out on that one.


There's also a lot of other heroines I would love to see more of, like Aishwarya Rai, Genelia, etc.


As with the other categories, I have multiple favorites. Really, can you ever just pi


Well, one of my favorites, for starters, would have to be Dilwale Dulhania Le Jayenge. I just love it, the whole thing. Period. Also, I love Rab Ne Bana Di Jodi. So funny! And I just wanted to pinch Shahrukh's little geeky cheeks. He was so cute. Another favorite is Dostana, which I found hilarious and crazy. Oh, and Kuch Kuch Hota Hai, of course. SRK and Kajol, I just think they're so funny and good together. I like I Hate Luv Storys too. It was funny and I liked how Jai wasn't like the classic hero or whatever, but it ended up being a love story anyways. And how they made fun of a lot of films. Another favorite is Welcome. Dude, that movie was crazy! I was like "What?! HAHAHA. Wait what?!" the whole time. And I found it hilarious, even if the Mighty Mango didn't find it quite so hilarious. All my descriptions of these movies probably sound really shallow and aren't really good descriptions of why I love them, but they'll have to do for now. Sorry!

Aaand this was a lot longer than I was intending, but you know how Bollywood goes.
Posted by Paagal Papaya at 12:34 PM