I had been told many times that I needed to watch Black. For Rani Mukherjee. For its uniqueness. For its style.

Somehow in all of that I never managed to grasp until the opening credits that it was a Sanjay Leela Bhansali film. Perhaps you know my very consistent mixed feelings about that particular gentleman’s films, but if you don’t, here’s an idea: cinematography top notch, first half builds beautifully, plot unravels, depression results, second half crashes and burns. This somehow proved to be the exception to the second half crashing and burning rule, but much of the other stuff remains ever the same. Black is beautifully framed and filtered, with thought behind each shot (although I rolled my eyes at closeups where one can see Rani’s contact lenses) but its plot begins sloping toward the end, and yes, there is a lot of depression lingering around it. But unlike the other SLB films I've seen, Black remains unflinchingly somber, so the sadness meshes better with the rest of the film.

In ways, Black was a great place to start my adventures without subtitles. It has a lot of English and a lot of talking without spoken words, including sign language (which I studied briefly in middle school and so sort of understand).


In other ways, Black was a terrible place to go without subtitles. Rani’s voiceovers — which kind of puzzled me in general given the character — are somewhat poetic and completely without visual context to help me understand what is being said. I found myself bored in these stretches just because I flat-out couldn’t understand, and often it proved to not be so important anyway.

But there is perhaps no more apt place than Black to experience frustrations with language. In case you don’t already know (but I’m pretty sure if you’re reading this, you do), Black is about a deaf and blind girl, Michelle McNally (Rani Mukherjee), and her unusual teacher, Debraj Sahai (Amitabh Bachchan), who himself later develops severe Alzheimer’s. So Black chronicles for much of the time Debraj’s troubles with trying to teach Michelle to communicate and later Michelle’s attempts to get Debraj back to communicating.

And interestingly, in ways I found it to be somewhat more even-handed than Taare Zameen Par in its portrayal of a person with a disability. Michelle is not perfect character; she is much more dimensional and real, with a temper (oh boy, does she have a temper) and setbacks and prejudices and genuine friction with other characters. (And so, for that matter, is her alcoholic and heavy-handed teacher — absolutely opposite of the heroic teacher in TZP.) In the beginning, the young Michelle is cringeworthy — without manners or courtesy, even nearly inhuman in her wildness. But I think the film makes it pretty clear that this is her parents’ fault for not treating her like a normal human being, for being too afraid of punishing her or teaching her how to behave. 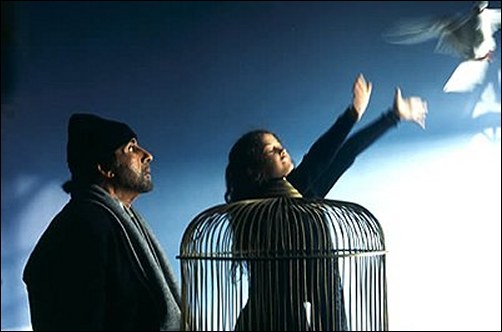 Michelle’s temper never goes away — as seen in her outburst later in the film after her sister basically insults her to her face — but her determined and rough teacher tames her into a mostly behaved, normal human being.

And, as most good teachers and especially ones in movies do, he opens the door to achievement for Michelle. Somewhat refreshingly, Michelle has to suffer through failure — and calling her mother to say, “Ma fail” — before she finds success and graduation. But Teacher — the only thing Michelle ever refers to him as — ensures that she keeps on persevering.

The idea behind the film’s title is that Teacher brings color into Michelle’s life, which was once black. But unless I missed it somewhere (entirely possible), the film never explains how Michelle even knows what black is. It’s not like water that she can put her hand out and feel. Color is considered one of the hardest concepts to teach a blind person. And it might have been important to explain that.

But anyway, the performance from Rani Mukherjee is truly remarkable. I think my love for Rani — already quite enormous — grows daily. She is one of the rare heroines who is drop-dead gorgeous but won’t depend on it, instead being unafraid to push boundaries despite being commercially successful. She is not afraid to take on roles that are sensitive or goofy or downright unglamorous. She’s gone without makeup, played a prostitute, played a man, played a deaf and blind woman. And somehow she manages it all with grace. Can you imagine another heroine of her caliber who would take on a film where there is not a single real dialogue? I certainly can't think of many who would try, let alone succeed.

Similar praises — though perhaps not quite so varied — can also go to Big B, who is equal parts endearing and frightening (each in turn, never together) as the teacher. But then you know Big B is always good for a solid performance. In his own ways, Debraj will make you cringe almost as often as young Michelle. And just as quickly, he will bring you back to a high in sharing a breakthrough moment with Michelle. 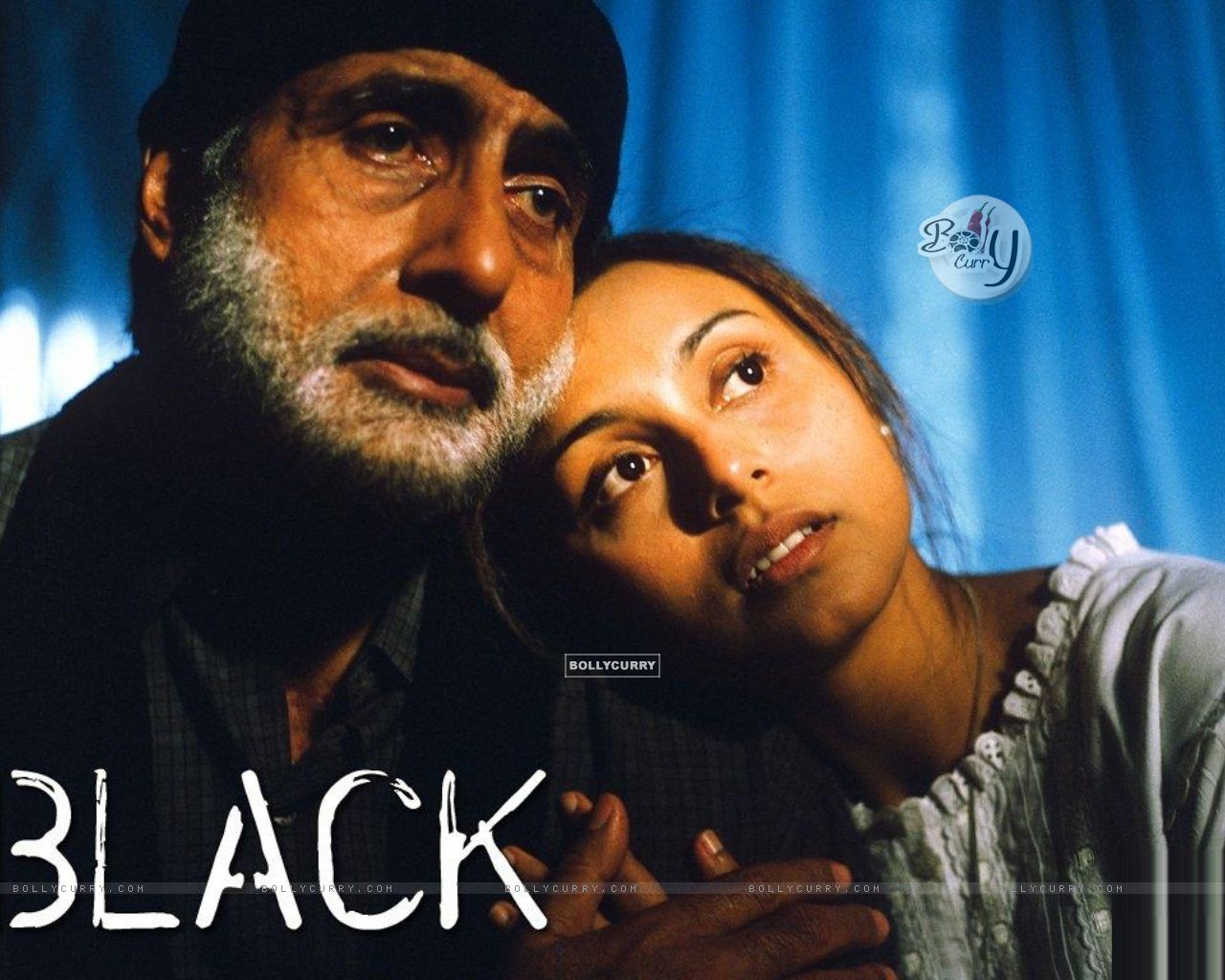 Posted by The Mighty Mango at 3:27 PM